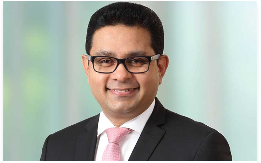 The globally-respected UK magazine ‘The Banker’ has once again included the Commercial Bank of Ceylon in its prestigious ‘Top 1000 World Banks’ ranking, making Commercial Bank the only Sri Lankan bank to be ranked among the elite global giants in banking for 12 consecutive years.
This ranking of the global who’s who of banking is based primarily on Tier I capital, a principal indicator to measure a bank's financial health.
“These are the most adverse times in memory for banks in Sri Lanka, with the country’s unique issues compounding the continuing impacts of two years of the COVID-19 pandemic. In that context, our achievement of being ranked among the world’s top 1000 banks for the 12th successive year assumes even greater significance,” Commercial Bank Managing Director and CEO Mr Sanath Manatunge said. “This reaffirms the remarkable consistency of the Bank as well as its ability to maintain strong fundamentals in the face of daunting external challenges.”
Commenting on the 2022 ranking, The Banker said: “It has been another turbulent year for the global economy and the banking sector. Yet both have remained remarkably resilient, in no small part due to government and central bank fiscal support programmes. Global aggregate tier 1 capital and assets have continued their onward march upwards. Global pre-tax profits have also bounced back from their slump last year. But the aggregate figures mask some significant regional and country-specific variations. China remains strong, the US has bounced back, for Europe challenges remain. The question now is how the world’s banks will fare as we enter a new period of economic turbulence, with interest rates rising and stimulus being unwound.”
The top five global banks heading The Banker’s list for 2022 are ICBC, China Construction Bank, Agricultural Bank of China, Bank of China and JP Morgan Chase & Co. Commercial Bank of Ceylon is ranked at No 930.
Compiled from a database of over 5,000 of the world’s biggest banks, The Banker’s Top 1000 World Banks ranking is considered the definitive guide to identifying which banks are the strongest in the world, based on more than 120 data points tracked in its database year on year. The magazine analyses results by region, country and benchmark bank to bank, and runs its best-performing bank methodology to help readers identify the banks’ strengths and weaknesses compared to its peers.
The Banker ranks banks from 1 to 1,000, and the regional breakdown is supported with editorial commentary, making the Top 1000 World Banks one of the most industry-recognised rankings available. The model refers to key ratios to score and rank banks, country by country, on their performance in eight categories: Growth, Operational efficiency, Return on risk, Soundness, Profitability, Asset quality, Liquidity and Leverage. Each bank's performance across these categories is then used to generate an overall 'best-performing bank' score and ranking.
Ranked Sri Lanka’s Strongest Bank Brand for the third consecutive year in 2022 by Brand Finance, Commercial Bank of Ceylon ended 2021 with total assets of Rs 1.983 trillion, gross income of Rs 163.675 billion, net profit of Rs 24.29 billion, a deposits base of Rs 1.473 trillion and a loan book of Rs 1.095 trillion.
In terms of Capital Adequacy Ratios, the Bank’s Tier I CAR stood at 11.923% as at 31st December 2021, well above the revised minimum requirement of 9%, while its Total Capital Ratio of 15.650% was also comfortably above the revised requirement of 13%.
Sri Lanka’s first 100% carbon neutral bank, Commercial Bank is the largest private sector commercial bank, and the third largest bank overall in the country in terms of total assets. It is the only private sector bank that has been designated by the Central Bank of Sri Lanka as a higher-tier Domestic Systemically Important Bank (D-SIB). The Bank operates a network of 268 branches and 940 automated machines in Sri Lanka. Commercial Bank is the largest lender to Sri Lanka’s SME sector and is a leader in digital innovation in the country’s Banking sector. The Bank’s overseas operations encompass Bangladesh, where the Bank operates 19 outlets; Myanmar, where it has a Microfinancecompany in Nay Pyi Taw; and the Maldives, where the Bank has a fully-fledged Tier I Bank with a majority stake.